National Grid’s report on the power cut in August shows how important it is that power plants give a big enough extra boost to the grid when things – for whatever reason – go wrong.  When the UK’s grid slows down because unexpected generation shut-downs mean power demand exceeds supply, something has to provide a big boost of energy in a matter of seconds to avoid electricity consumers getting cut off.

In the past this boost was provided automatically by large coal power stations. If they were intentionally kept running at slightly less than full output they could quickly open their control valves and draw on the stored energy in their massive boilers to produce some extra steam and generate additional electricity for a short period.  But these big steam plants are no longer there. Smaller boilers are used to recover the exhaust heat from the large ‘jet engines’ in the gas turbine combined cycle power plants. These boilers also provided the bulk of the firm and controllable fraction of power at the time of the power cuts in August. They store much less energy and, on a fairly windy summer’s day, relatively few of these plants were running anyway.

Fortunately, even a small fraction of gas and biomass power generation might soon be able to provide much more rapid primary response power on demand. This means the UK’s electricity grid can take mishaps like this in its stride and customers would never notice. The key is to add units to these power plants to capture carbon dioxide (CO2) for secure storage, kilometres underground out in the North Sea.  This is known as Carbon Capture and Storage (CCS). This allows emissions from natural gas plants to be nearly as low as from renewables and nuclear, while biomass plants actually become net negative on emissions. These capabilities are essential in achieving net-zero GHG emissions across the whole economy in 2050.

Capturing and compressing carbon dioxide requires energy, giving a reduction of somewhere between approximately an eighth (for gas) and a quarter (for biomass) in the plant’s electricity output. Part or all of this electricity can be restored just as quickly as coal plants used to be able to boost, and unlike the coal plants, is available even when the CCS plants are running most economically. Not only is the power available for the primary response period of around 30 seconds but it can continue to be supplied for however long it takes for additional secondary response generation capacity to come on line. For shorter and more limited boosts CO2 capture would not even need to be interrupted. In real emergencies capture might have to be stopped for up to a few hours. However, the total long-term CO2 emissions are what matters for climate change. This means that the relatively small extra amounts of CO2 that would be released can be made up by additional capture at other times when electricity is abundant or even in surplus, to meet the required annual targets.

So, how soon can this combination of much lower CO2 emissions from our electricity system and much better grid security be achieved?  Well, it could begin surprisingly soon. The recently-launched Industrial Decarbonisation Challenge provides support activities and planning for the first UK CCS power plants to start delivering power by around 2025.

Sufficient knowledge already exists to design them, including the boost concepts, which have largely been developed by UK CCS researchers. What is also needed though, is the money to pay industry to actually build and operate them.  The government is about to develop variations on the Contracts for Difference (CfD) electricity support scheme, already used for renewables and nuclear, to support CCS power.

CCS power plants can provide 24/7 power to complement intermittent renewables, net negative emissions with biomass and also give a big boost when it is really needed. To get these valuable features built and operated in new CCS power plants to save consumers money – and hours spent on immobilised trains or worse problems – it is crucial that regulators recognise and reward the transformational opportunities that these unique capabilities provide for the UK’s 21st century electricity and wider energy systems.

“As the recent power cut shows, a secure energy supply cannot just be taken for granted as the UK makes major changes to meet its ambitious CO2 emissions targets. At the University of Sheffield we are working throughout the electricity, and wider energy systems, to support industry in translating academic research into reliable, sustainable and affordable low-carbon solutions.” Professor Mohamed Pourkashanian, Head of the University of Sheffield Energy Institute and Managing Director of the Translational Energy Research Centre. 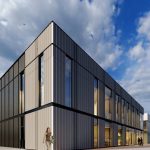 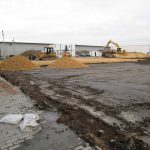