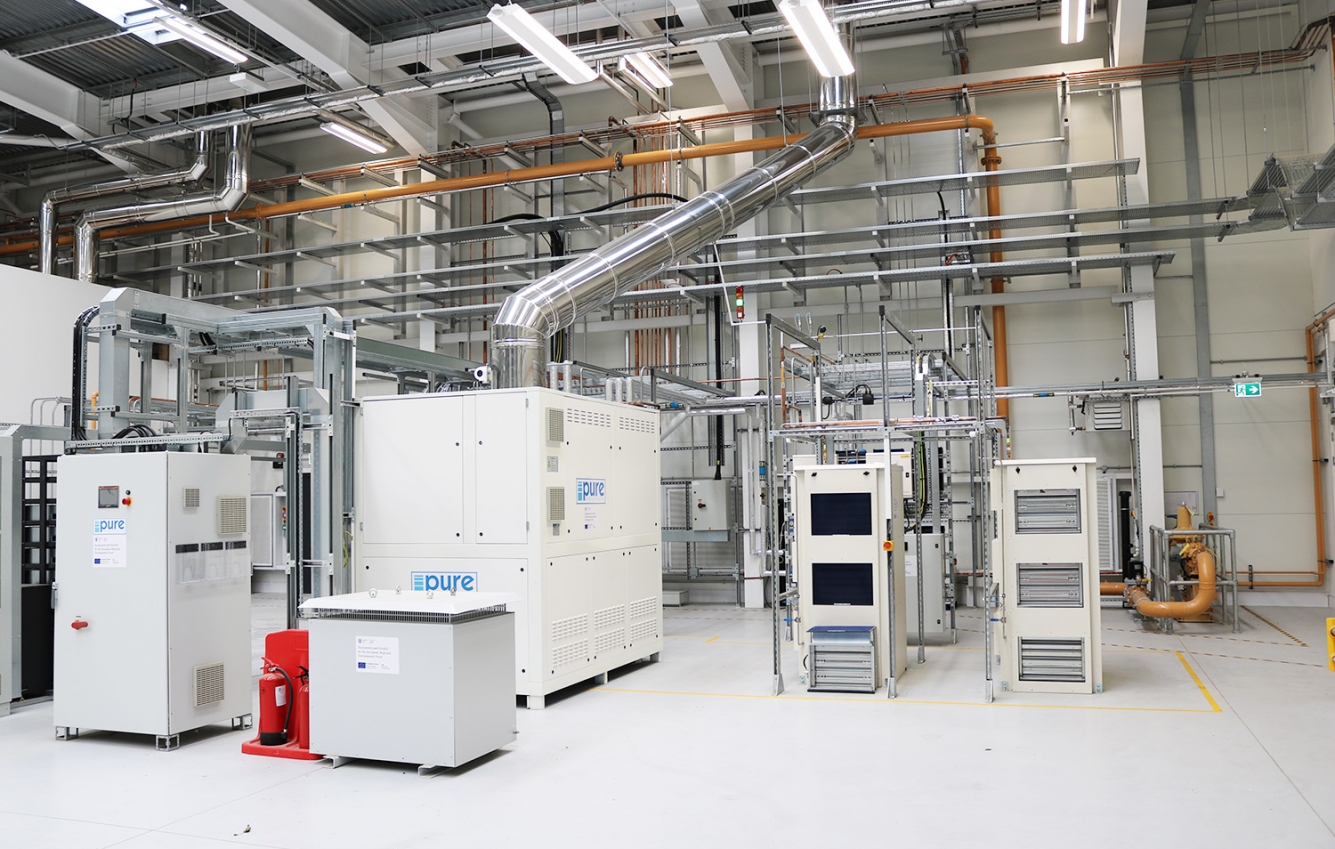 In line with the government’s new energy policy, our research actively contributes to the efforts to move the UK towards a hydrogen economy. The Translational Energy Research Centre accommodates all the facilities needed to efficiently demonstrate the production and utilisation of low/zero carbon hydrogen at semi-industrial scale.

Namely, the facility hosts a 32 m³/h hydrogen electrolyser (powered by renewable energy sources such as photovoltaic solar panels). The utilisation of the produced hydrogen could take a variety of forms that could be demonstrated onsite: (i) a fuel for a 30 kW polymer electrolyte membrane (PEM) fuel cell system, (ii) an element of the blended fuel used for the the state-of-the-art molten carbonate fuel cell (MCFC) carbon capture system and (iii) a pure fuel or an element of a blended fuel for a micro-CHP powering small households and (iv) a key constituent of the synthetic gas used in the RWGS-FT facility to produce synthetic fuels (e.g. jet fuels).

Thanks to our flexible, whole energy system approach, we are able to offer increased hydrogen production and storage capabilities across the Translational Energy Research Centre and the Sustainable Aviation Fuels Innovation Centre.

We are able to produce up to 150m³/h of green hydrogen, as well as additional blue hydrogen production capabilities. In total, we can store 1500Nm3 of hydrogen at 200 bar, which can be distributed across both sites. 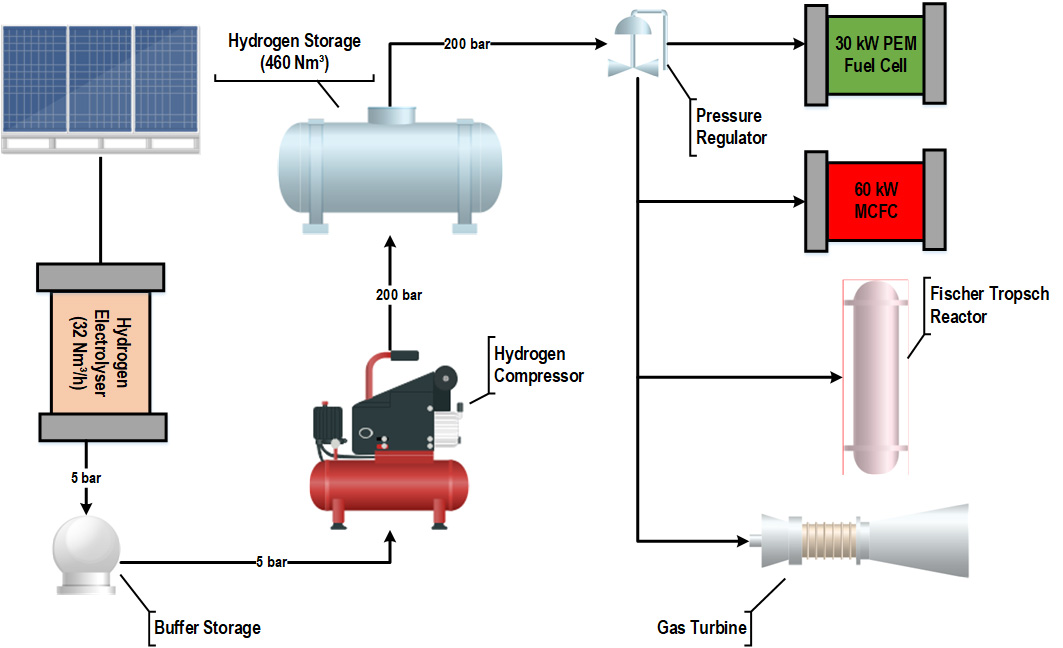 Our particular areas of interest include, but are not limited to: